Published by Jonathan Gray on September 29, 2017 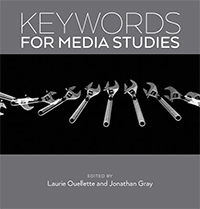 First out was Keywords for Media Studies, which I edited alongside the wonderful Laurie Ouellette. This adds itself to NYU Press’ successful, cool Keywords series that run with Raymond Williams’ idea and provide not neutered encyclopedia entries, but position pieces on what key words mean today. Editing this was a delight, especially since we had amazing luck with getting the people we wanted. In the early stages, Laurie and I needed to work out which words to include, and part of that process required us to work out who could write on each word. We then had an amazing looking list in front of us, but feared that a bad streak of “no” responses to the invitation to write for us could leave a final product that didn’t live up to the list’s promise. On the contrary, we were flabbergasted and delighted to hear “yes” after “yes” after “yes,” and thus the book is a veritable who’s who. More specifically, here’s the table of contents: 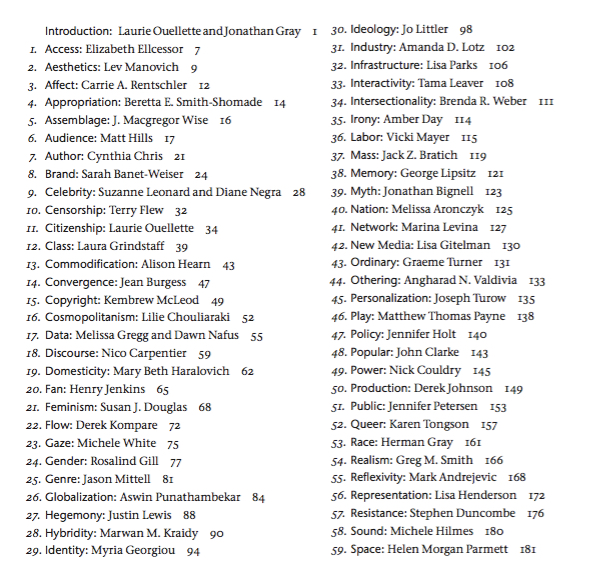 Inevitably, each writer had their own approach. Some are more theoretical, some are based in the literature and work as lovely guides through that literature, some try to broaden the concept. The book is intended for various audiences, though: first, it’d be great for undergrads or an intro level grad class, as a supplemental text that helped probe all the words they’re being hit with in that class; second, precisely because our writers often push at their terms, update them, and otherwise play with them, I’d recommend it to established scholars and grad students too; third, to anyone not in media studies who wants a sense of what’s going on and what’s being said, it offers a nice intro and survey. 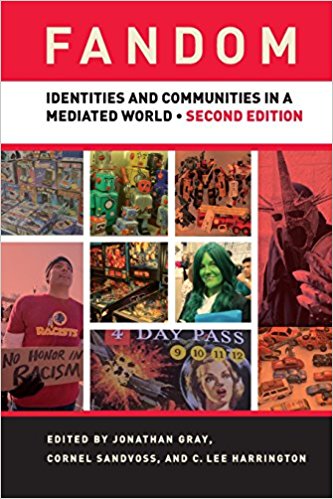 Second out was another co-edited collection, and this time a second edition, of Fandom: Identities and Communities in a Mediated World. My co-editors Cornel Sandvoss and C. Lee Harrington got our band back together, kept eight pieces from the original (though one of those authors, Rebecca Tushnet, updated her chapter), and went looking for new work. As with Keywords, we were delighted with our “hit ratio,” as some of my very favorite fan scholars contributed excellent work. We also updated our Introduction, and the final product looks like this: 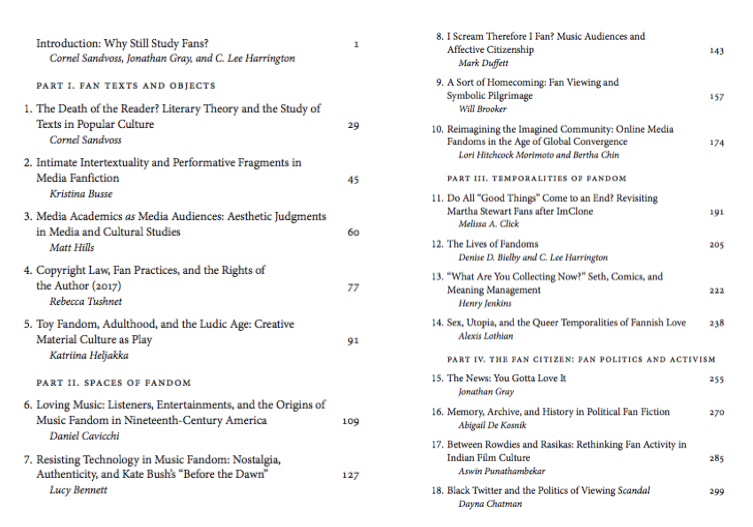 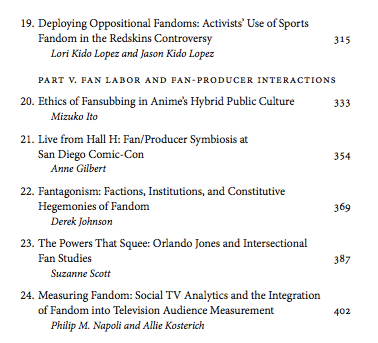 It was interesting to revisit this collection, given that the first edition happened when I was a newbie. Indeed, I started working on the collection as a grad student, and fan studies has grown and expanded in many ways since then, so it presented a real challenge of how to reflect that growth while also encouraging other forms of growth with our selections. I’m very proud of the ultimate product. 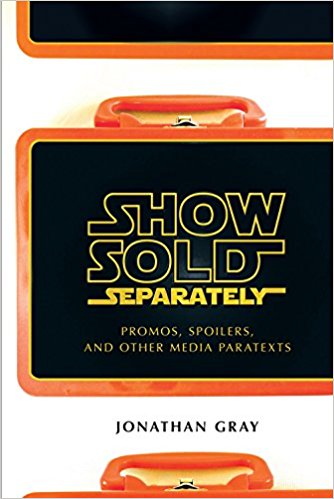 Finally, and hot off the “press” is an Open Access version of my book, Show Sold Separately: Promos, Spoilers, and Other Media Paratexts. As NYU Press started to dip its toe into the OA world, and enjoying a lovely windfall of research money courtesy of UW-Madison, I was able to pay them to make the book open access.

Most simply, this of course means that the “book” is now FREE if you go here. But it also means that I could add links when appropriate and helpful, images, and videos. The words in the book have not changed, but now you can get color images where before there were black and white ones, those images have proliferated (so that, for instance, my discussion of posters has more visual referents), and I’m especially happy to see some vids, trailers, and other video discussed at length added to the “book” itself. When I discuss the difference between the American and Canadian trailers for The Sweet Hereafter, you can now see them; when I talk about Luminosity’s “Blood Fugue,” there it is; and so forth.